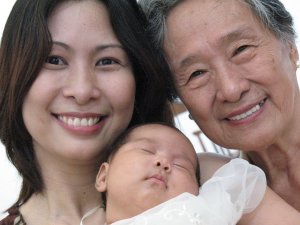 God says to Moses what his plans are in the first reading. The question is how Moses will ask permission from Jethro, his father-in-law. Moses approaches Jethro. Perhaps, he didn’t tell him about the burning bush — lest he be branded a lunatic (Try doing that to one of your friends). But at least Moses was able to let Jethro know that something in his heart is stirring. For forty years, he had been silent about his life and background in Egypt. And he had been ‘running away’ since. Now, his past is catching up on him. He might have said to his father-in-law, “It’s time for me to return to Egypt. Some unfinished business needs attention. Or else, I will be like Casper, the friendly ghost.”

I had to talk to my parents the first time I heard God’s invitation to take a new direction . My brothers and sisters were very young then. I had to tell them about taking the road to priesthood and the first step was an adventurous life in Mindanao. My parents expected me to take biology (which I did) but for medicine. My spiritual director went through the discernment with me, confirming my call through prayer. Now, I can imaging myself like Moses when I approached my dad about leaving home for some adventure.

I guess they had to know. I knew that God had been nagging me, but my parents didn’t. I knew that God wanted me to take a different turn, but they didn’t. And true, the major turn was upsetting, frightening, and disorienting — especially to my parents. At least, I was not lacking in informing them how God had changed plans, without consulting them.

Thus, when God brings you to a new direction today, be sensitive to how you tell your parents and those whom you love, and those who love you. Don’t expect them to understand right away. They may get very reactive at first, but at least, as your parents, give them space. Give them time to weigh things over. Often, their outbursts mean well.

But as all adventures, God gives us one assurance, “I will be with you till the end of time.” We may get hurt in the process; or find that the road was not meant for us. Nevertheless, the reason why I took great risks is simple: I do not want to die asking the “what ifs” in life. It might be too late to change course.