When parents from Ateneo High School invited me to a wedding and to spend some days in Palawan, I said “Yes” without thinking twice! Palawan is one of the most beautiful provinces of the Philippines, and I have placed this western group of Philippine islands on my bucket list.

I visited our mission area of Culion Island in the past to help out at the Parish of the Immaculate Concepcion and its satellite chapels in various settlements scattered throughout the surrounding islands. I went island hopping in Coron during one test run of Hotel Maya, the new laboratory of Hotel and Restaurant Management students of Loyola College. But I have never been to Puerto Princesa City, the seat of the church in Palawan. In July 2016, we will surrender our parish to the diocese, while the Jesuits will concentrate on education at Loyola College.

Here are my experiences of being in Puerto Princesa. For the purposes of blogging, I will write in a separate post my experiences of chasing mangroves in the islands of Honda Bay as one of my ventures to help out in mangrove and reef conservation and rehabilitation. It is my way of responding to Laudato Si, Pope Francis’ encyclical on the environment.

For my review of a local restaurant in Puerto Princesa, click on this link.

So what are the things that you can enjoy in the islands of Honda Bay, Puerto Princesa? Here’s my top 10. 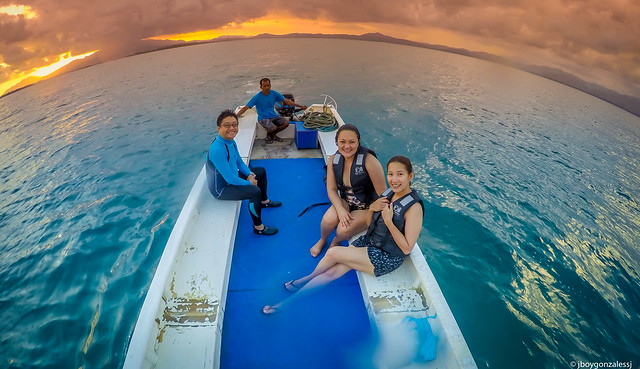 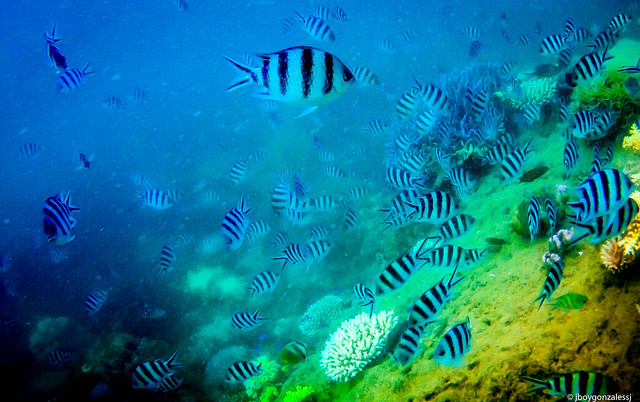 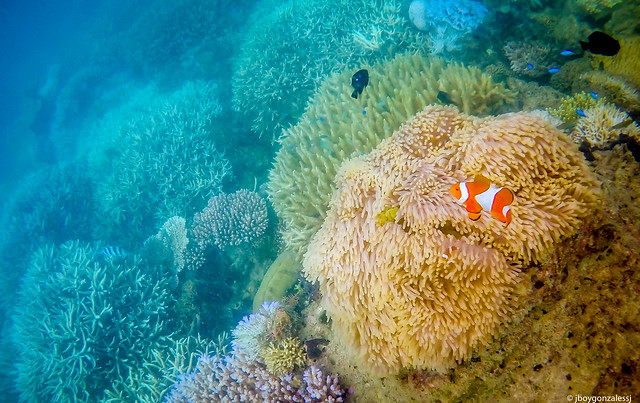 Off the islands of Palawan, giant clams are bleaching at an alarming rate. I took these photos on one of my skin dives. Because of global warming, sea temperatures rise and clam and coral bleaching occurs. Bleaching happens when corals and clams expel the colorful algae that live within them as a result of the stress of warmer temperatures. Most corals have symbiotic algae, called zooxanthellae, on which corals and giant clams rely for food (while the algae acquires a place to live). When coral polyps and clams lose their complement of zooxanthellae, they become pale in color and their white skeletons and shells become exposed. This is especially true to stony corals, tridacnids (giant clams) and sea anemones. 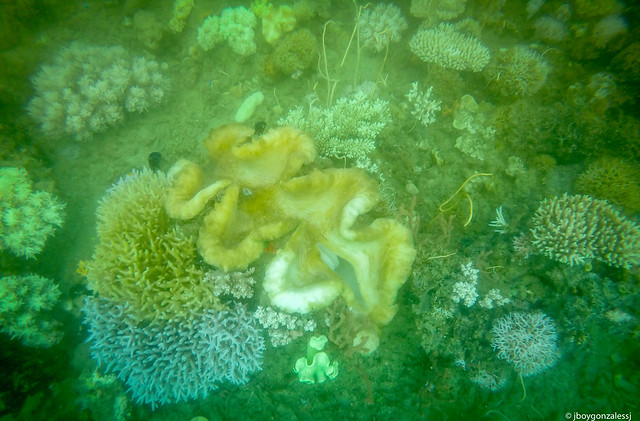 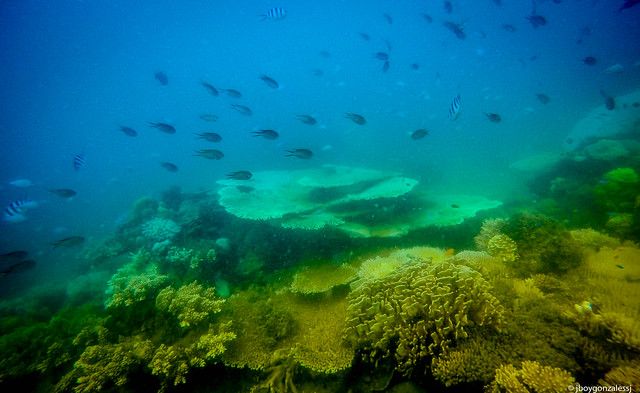 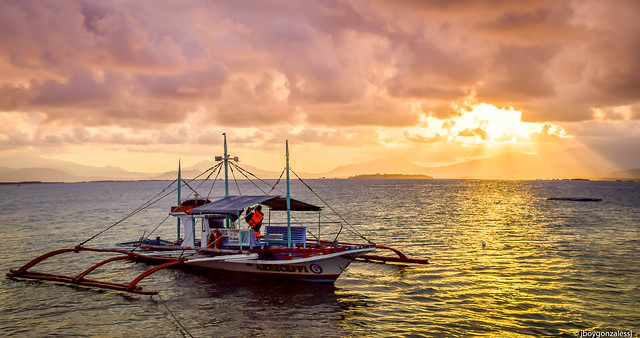 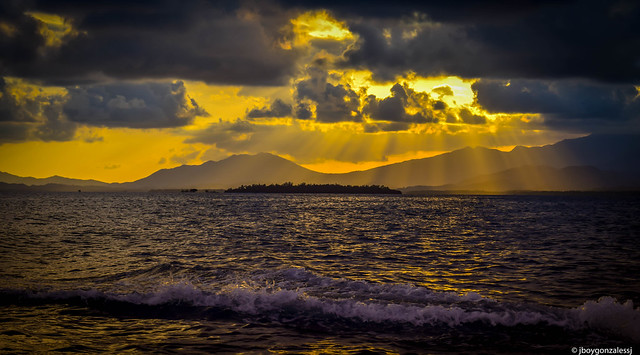 “At the end of the day there’s another day dawning,

And the sun in the morning is waiting to rise.

And the waves crash on the sand,

There’s a hunger in the land,

There’s a reckoning still to be reckoned…

And there’s gonna be hell to pay,

Some lyrics cut to the bone, especially when it is set in beautiful music. I go out to explore God’s creation for rewarding scenes like these, and with my music library at the palm of my hand, I let the orchestra play. For maximum appreciation: JUST. BE. AWED. 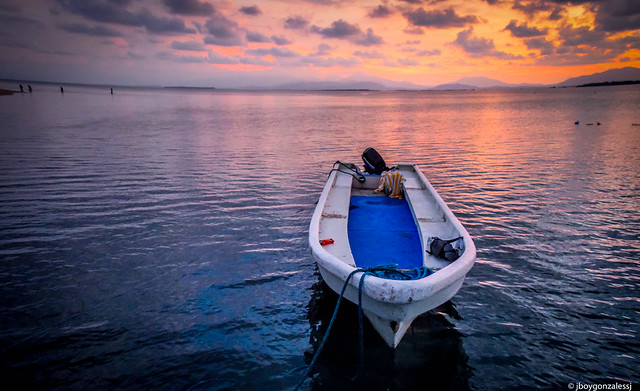 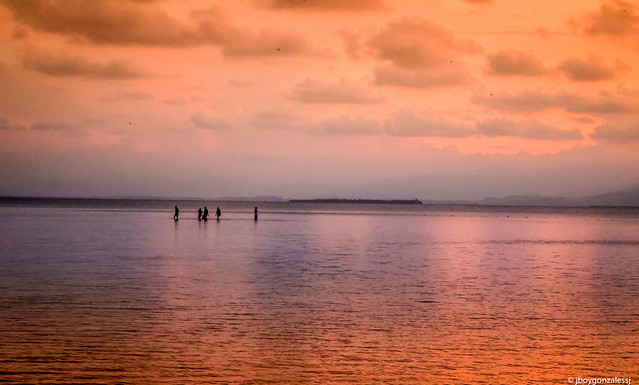 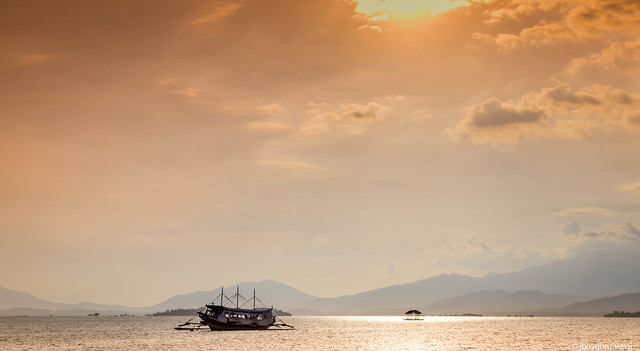 During the dry season, plants were scorched on the islands. As I returned to Arreceffi Island, a column of rain was at the horizon as a boat speeded away from it. As Eponine sang before she died in the musical: “And rain will make the flowers grow” (“A Little Fall of Rain,” Les Miserables). To flourish, let the rains fall. 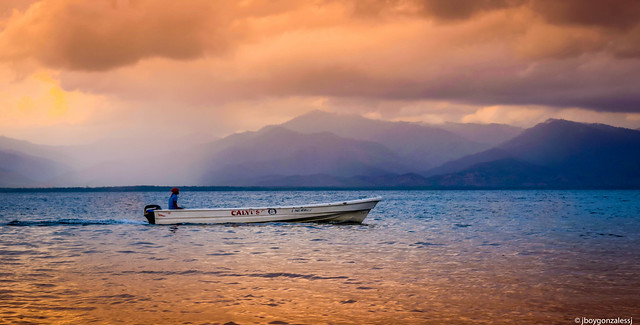 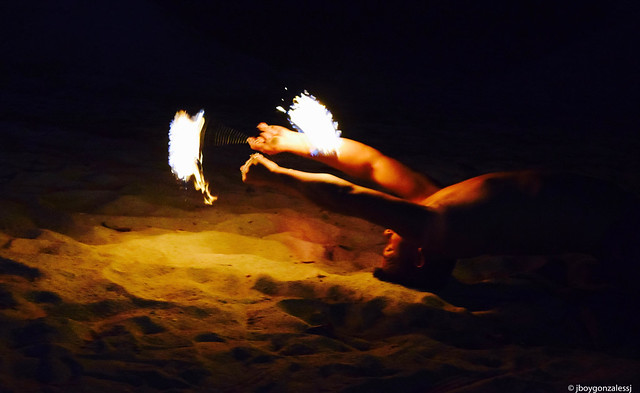 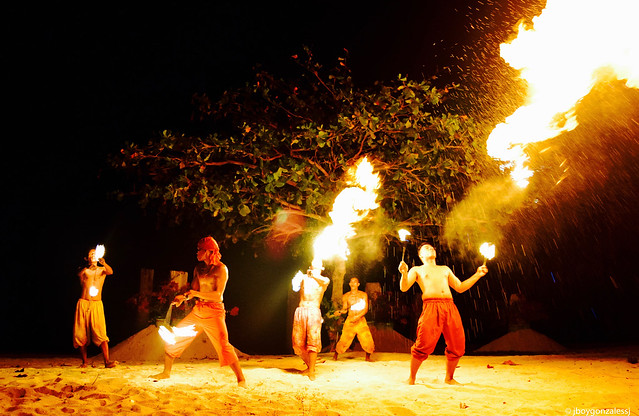 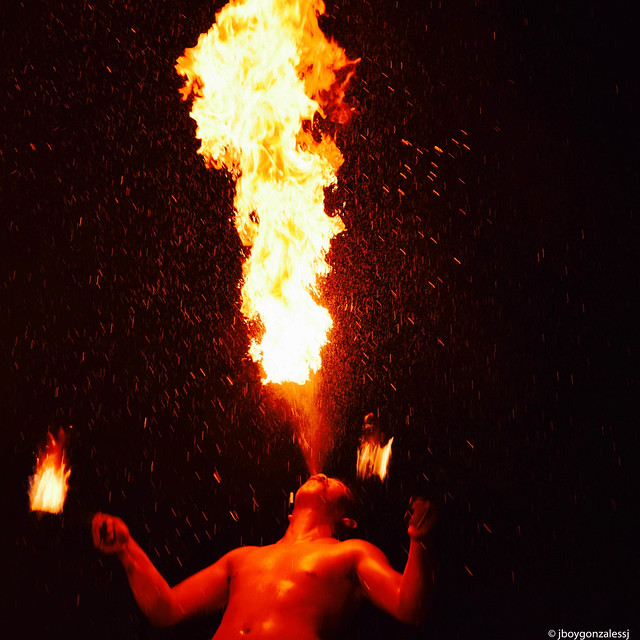 4. Swim in these clear waters 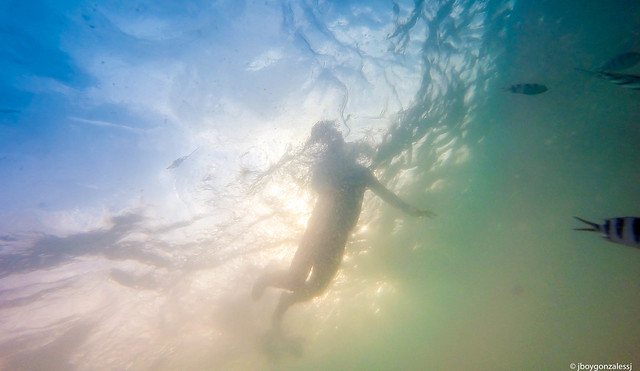 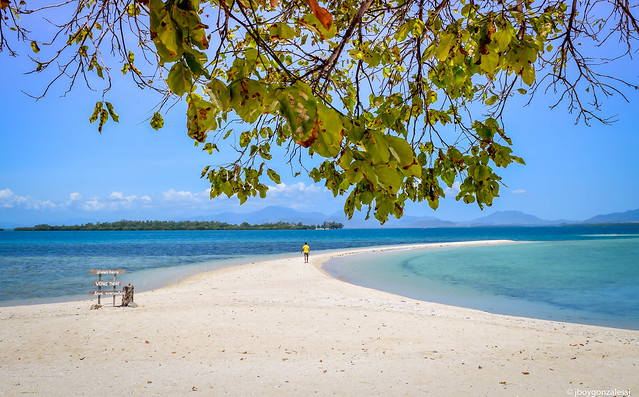 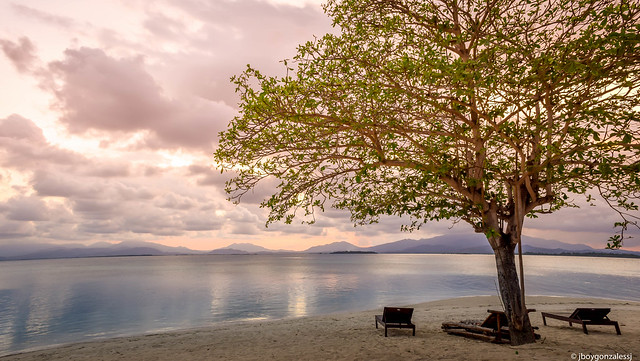 The Islands of Honda Bay

This is an island off Honda Bay. Its rich marine ecosystem has a long line of mangrove forests, sea grass beds, and coral reefs. The locals call Arreceffi, “Isla Mais” or Corn Island. In this island, as well as in other islands off Puerto Princesa, you can see migratory and non-migratory birds, marine turtles and the locals said (I have not seen one though) sea cows or “dugong” feeding here. 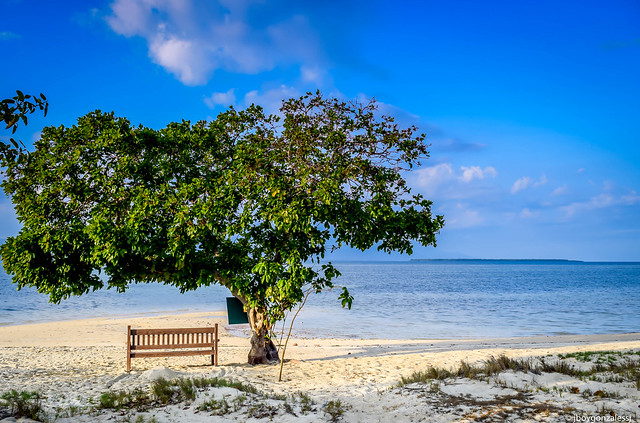 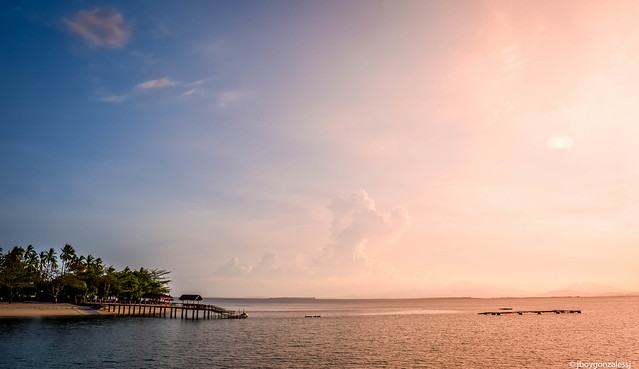 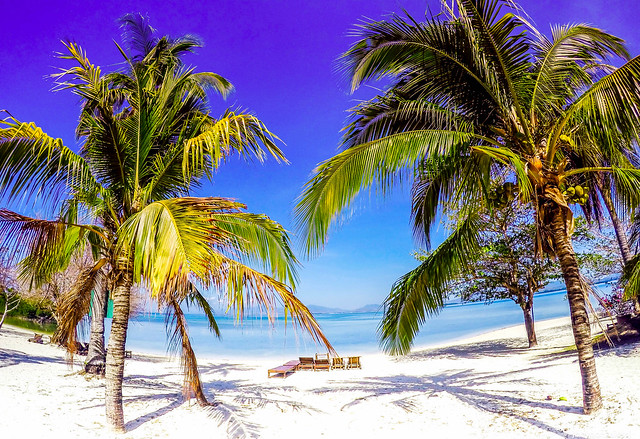 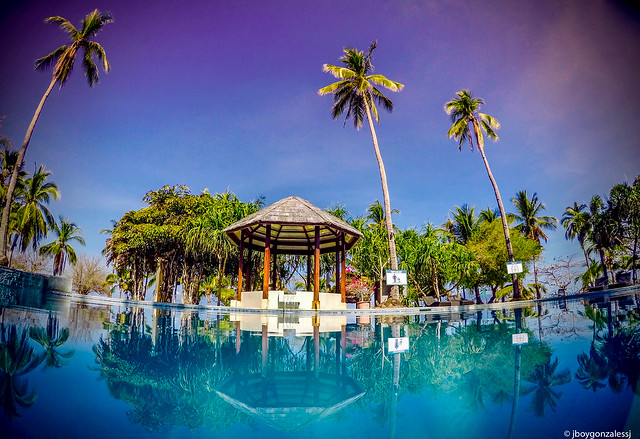 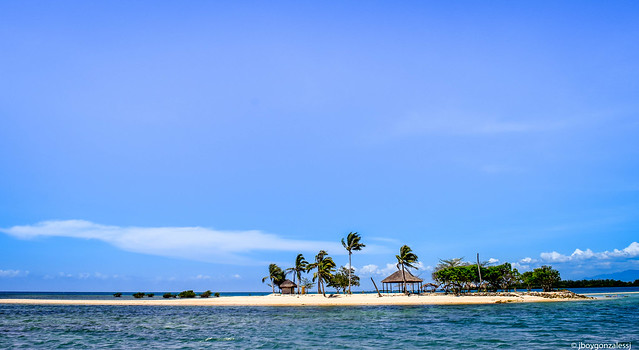 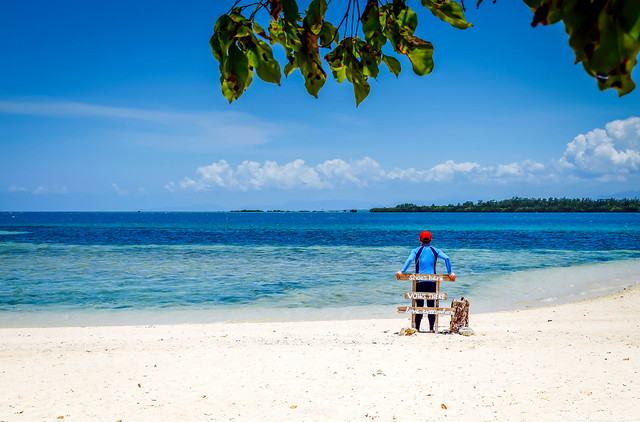 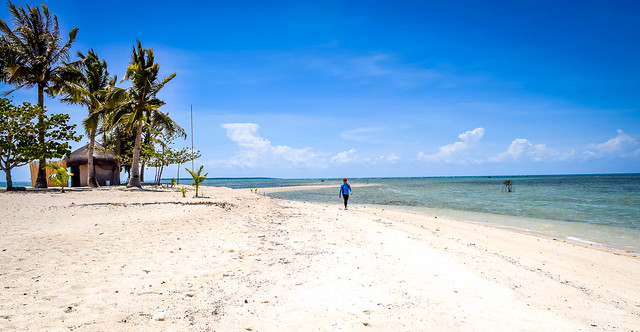 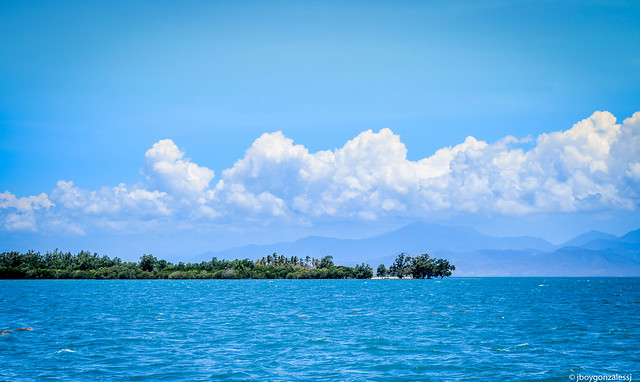 The island is named after the giant pandan plants in the island. It has a white sand bar perfect for summer frolickers. 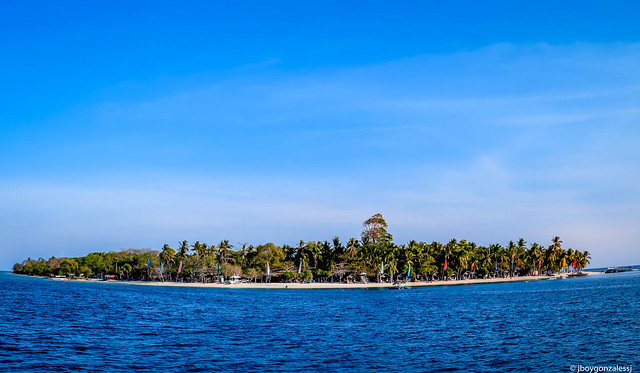 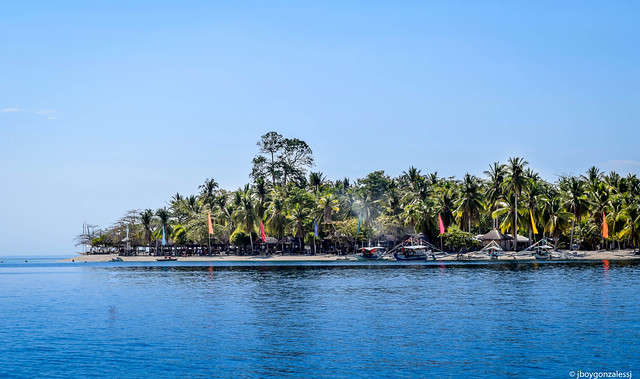 This is a popular destination for beach goers and combers. The island is named after a type of shell, the cowrie. 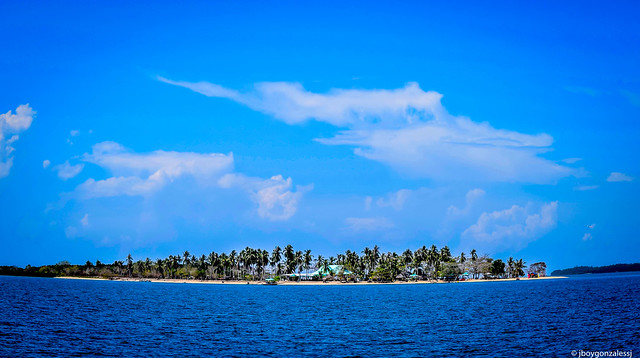 This is home to many giant fruit bats that fly to other islands at the cusp of evening to feed. Huge mangroves cover the island. It is closed to island adventurers because it is a protected area.