I left in 1985. Now I am back and rediscovering my hometown.

In 1985, I was dancing to Madonna’s “Like a Virgin,” the #2 in the Billboard charts. Disco was in vogue. With my co-ed high school classmates who would frequent Legazpi City’s Watt Disco (owned by one of my classmates), I would come home in the wee hours of the morning.

But most of us had loftier dreams, like most teenagers who were more naive than realistic. We thought like Tears for Fears’ “Everyone Wants to Rule the World” (#7) or Starships’ “We built This City” (#14). We identified with the barkada of Demi Moore, Rob Lowe, Emilio Estevez, Andrew McCarthy, Judd Nelson, Ally Sheedy, and Mare Winningham who just graduated from Georgetown University in the Joel Schumacher coming-of-age film, “St. Elmo’s Fire” (#18).

We copied the clothes of Adie (Aga Muhlach), Gilbert (Herbert Bautista), Tonton (William Martinez) or for the girls, Rose (Yayo Aguila) and Janice (Eula Valdez) in the 1984 film, “Bagets” — yes, including their colorful pairs of socks. Finally, we graduated in tears, singing Raymund Lauchengco’s “Farewell”.

And I? I wanted to build a new life after high school. Somewhere far, like Xavier University in Mindanao, where I would follow God’s call, despite it being quite hazy.

But my excitement at the prospect of a new lease on life overpowered my fear of the uncertain future. I loved taking great risks. I hoped where I would be, God would be too.

My aunt said, my feet had wings.

So, I said goodbye to my family in 1985. The music playing while the bus started to leave was Wham’s “Careless Whisper” (#1 Top Hit in the Billboard Charts). In my mind, the risk I would take was for a greater good:  from a town to the world, very much a “We Are The World” (USA for Africa, #20) thing. Eventually, I would learn that the Jesuit perspective is this: we are “at home in the world in any century” (Fr. John W. Padberg SJ). 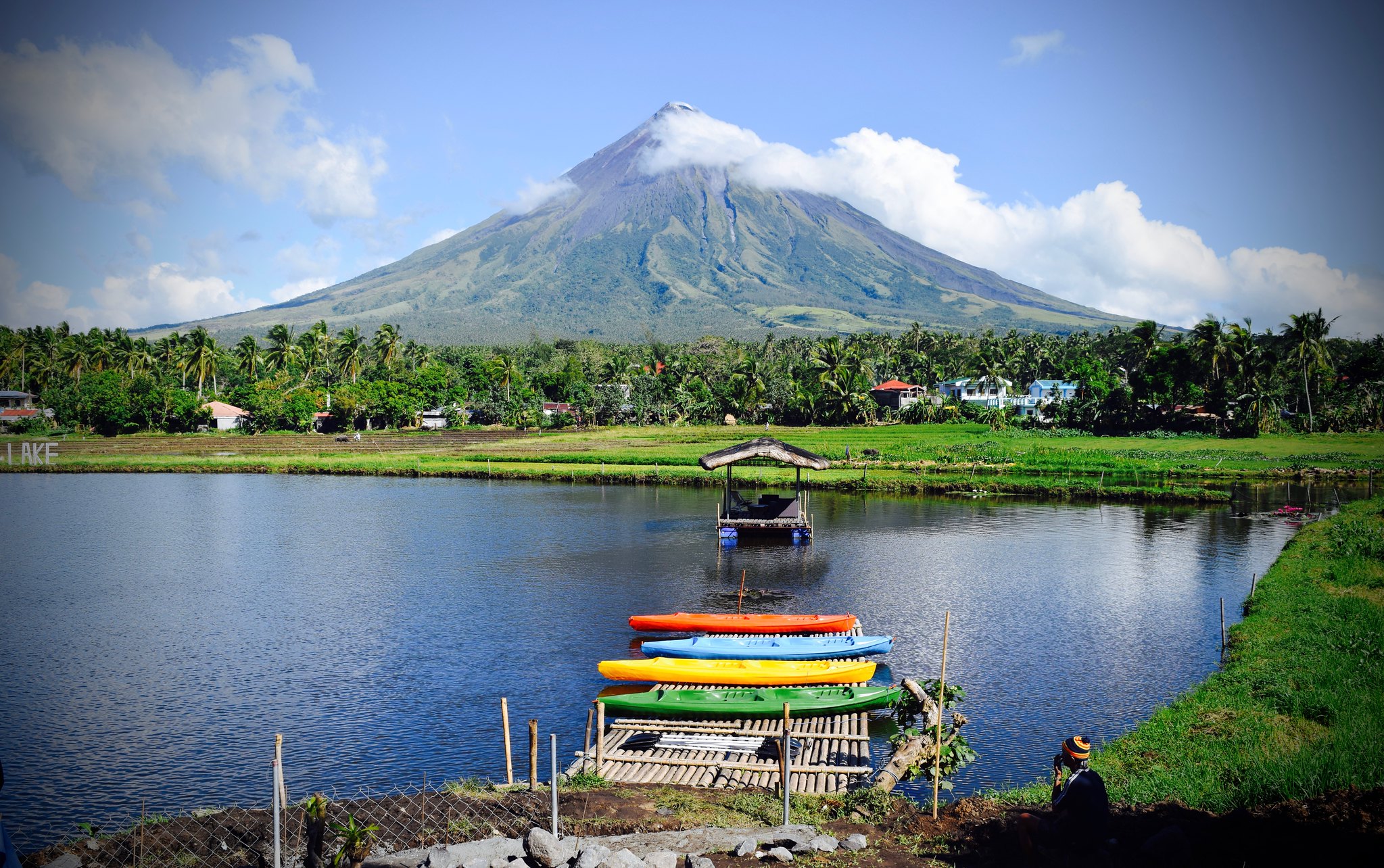 Months ago, I saw a photo of Mayon Volcano with a lake and taro leaves as its foreground. It was displayed in one of the cafeterias at the Legazpi Airport. I asked the waiters where that picture was taken. They said it was a lake in Camalig. I was surprised. I grew up there and never knew that there was a lake in my hometown.

I soon realized that I continually needed to rediscover my birthplace. Every time I visited, I was reborn. 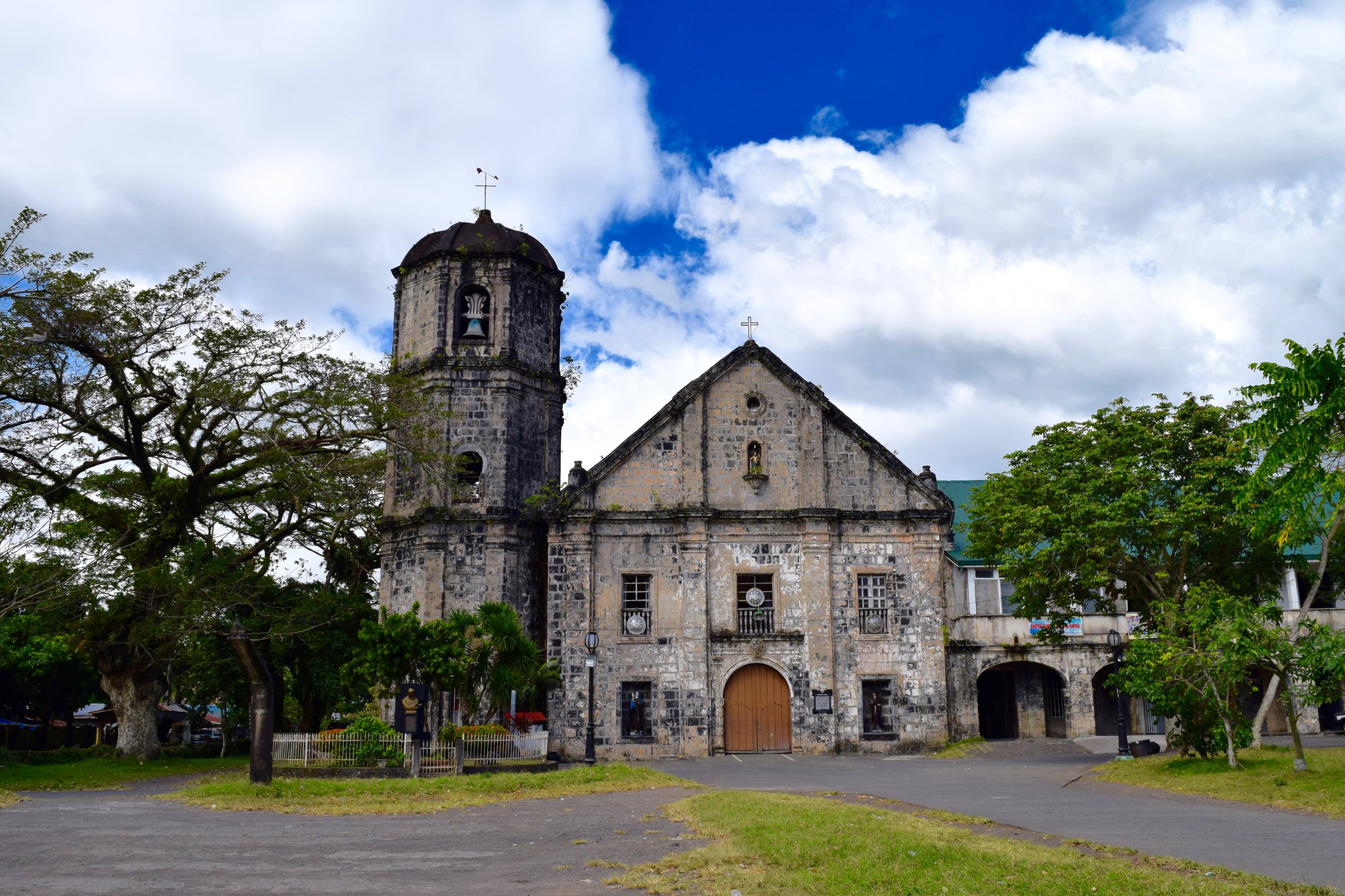 St. John the Baptist Church, Camalig, Albay. Evangelization started in 1578 with Capt. Luis de Guzman and a Franciscan friar, Alonzo Jimenez. Both came with Adelantado Miguel de Legazpi’s expedition. Our church was first constructed in 1605, destroyed during the Mayon Volcano eruption in 1814, and reconstructed in 1845.

I was baptized here, grew up here, and served as a church organist in high school. I considered priesthood because of my experiences of faith, family and service to my community in this church. The seed of my vocation was planted here.

I told my youngest brother Jesse to accompany me to check on the old houses of our relatives. I felt a little nostalgic because the first/second generation owners of many of these houses whom I knew as a child had died. They were the ‘elderly’ of my childhood, including my grandmother, Felicidad. 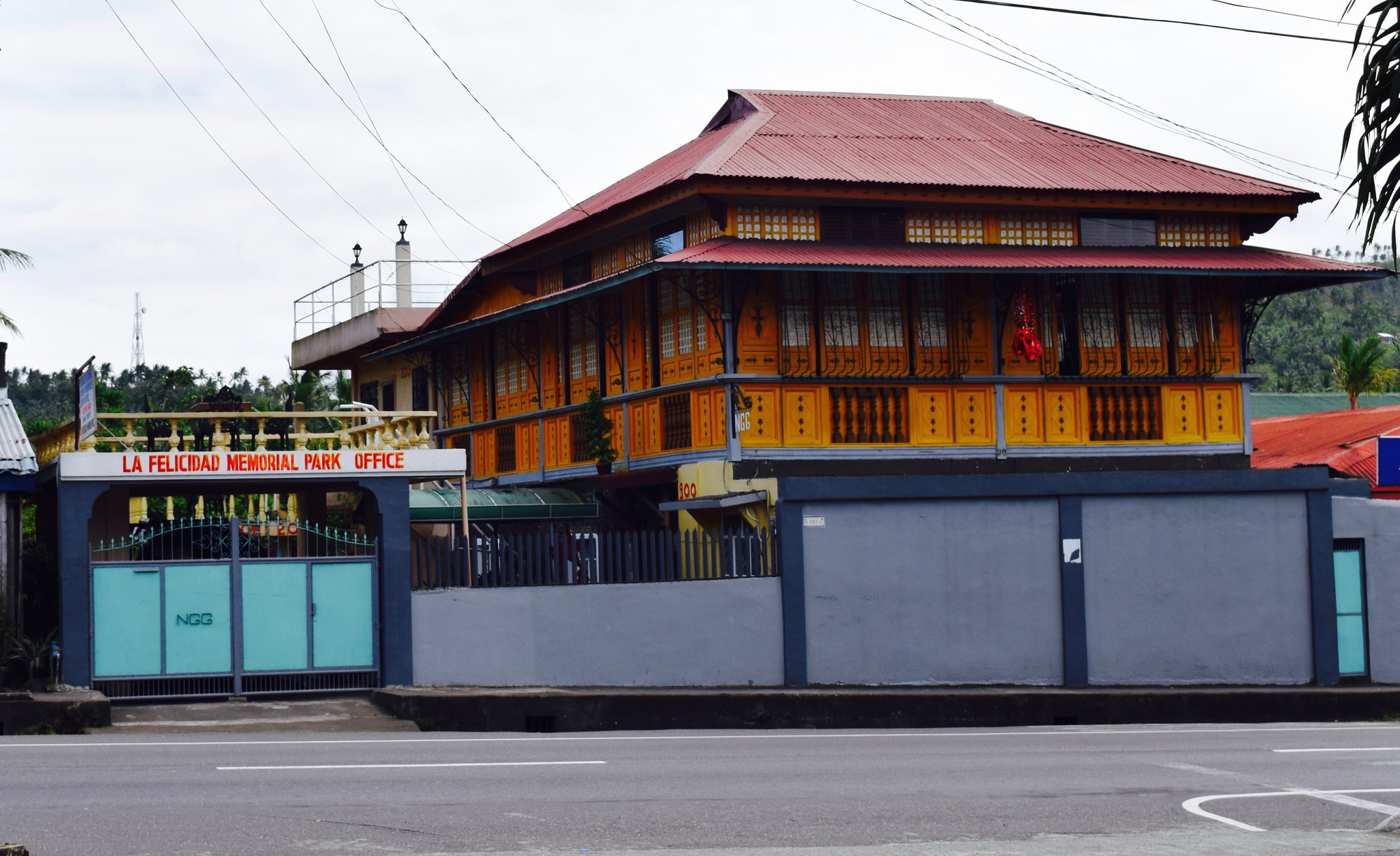 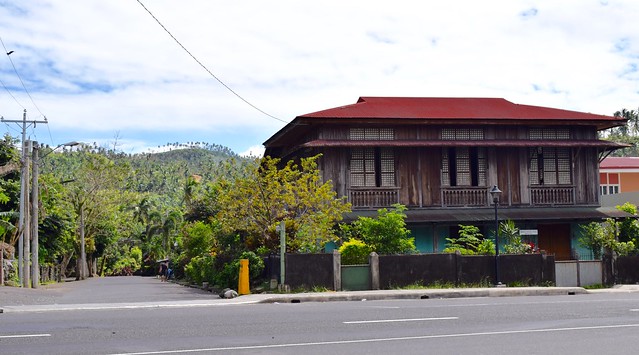 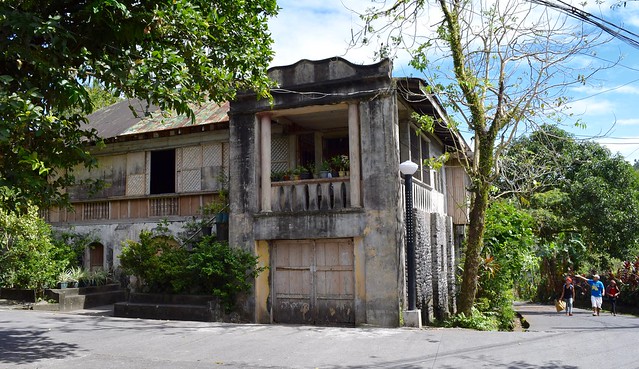 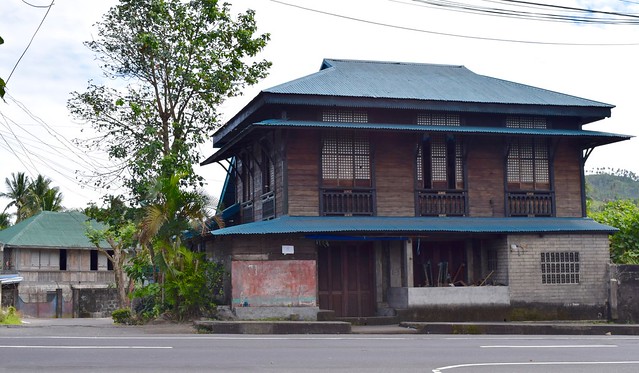 To go to Sumlang Lake, you can take a tricycle from Cabangan, Camalig. The boundary marker of Daraga and Camalig IS the take-off point to Sumlang Lake. As of the moment, the roads are narrow, and the place is still undeveloped. Since it is about to be touched by the so-called “development”, now is the best time to visit. The water of this natural lake is said to be from fresh water springs and as you can see may have come from rainwater from Mayon Volcano.

Note: “Development” is oftentimes a destruction of nature. 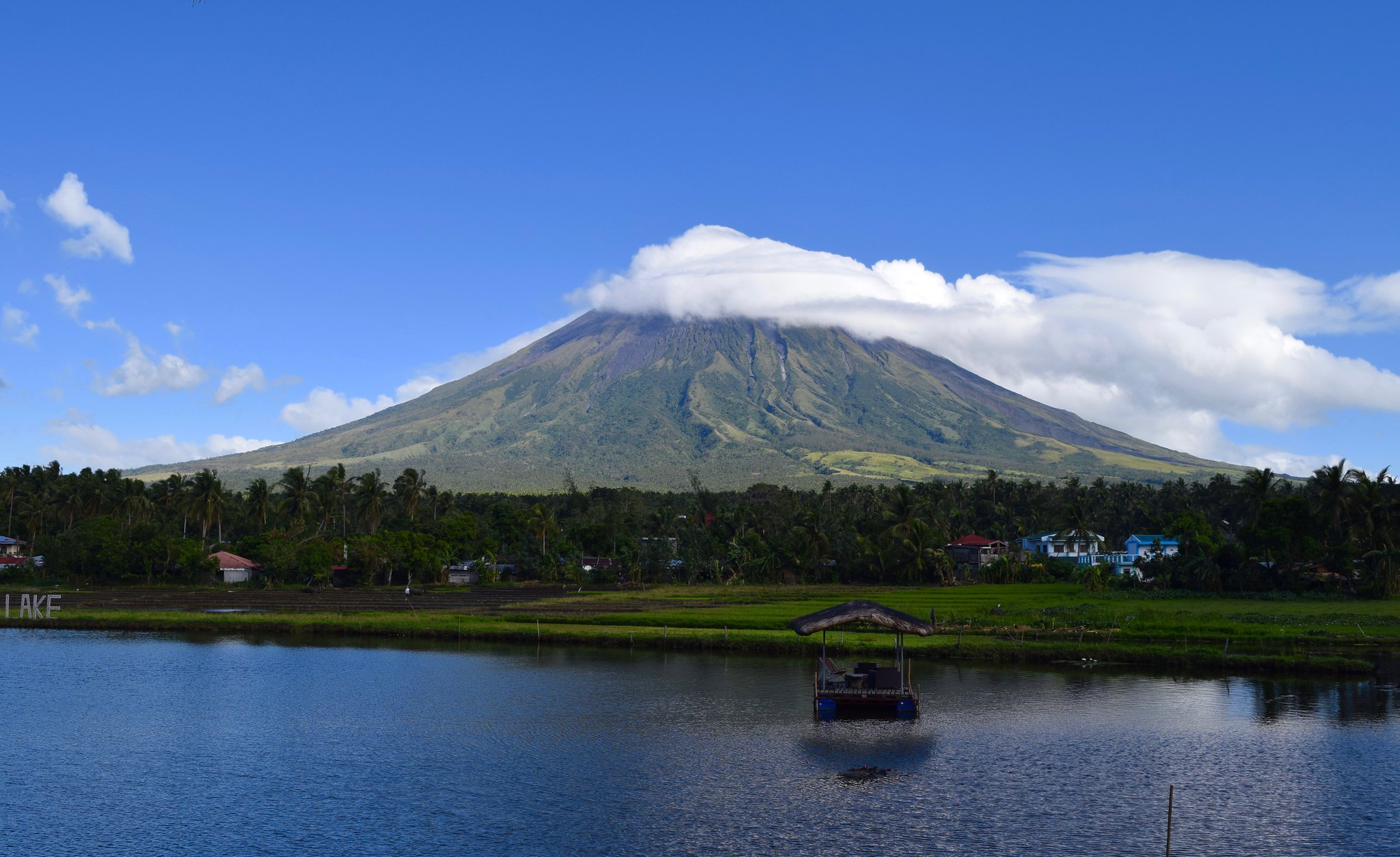 My siblings at Sumlang Lake. 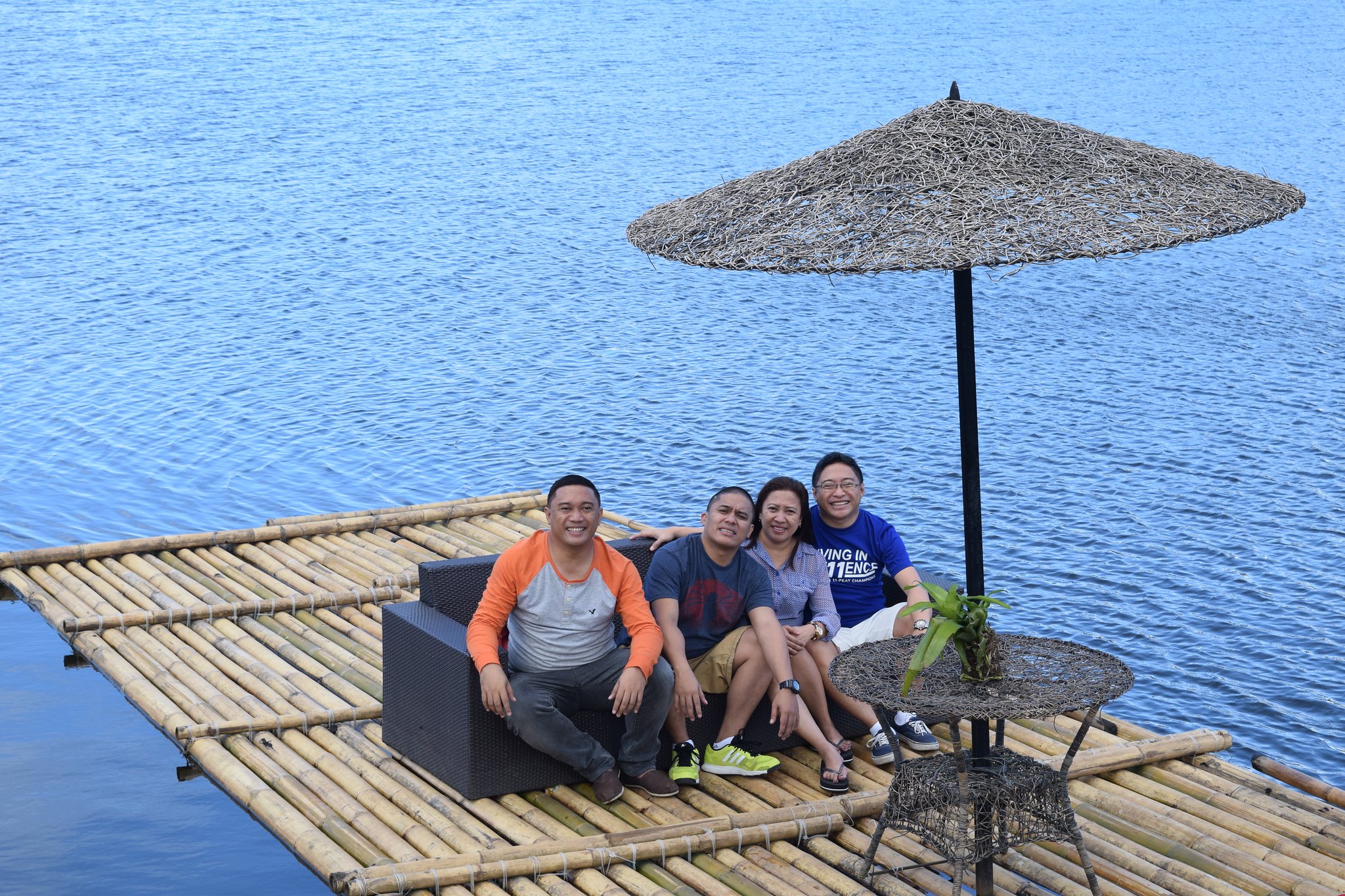 When you talk about Bicol vegetable dishes, you are talking about any vegetable cooked with rich coconut milk, pink shrimp paste and usually dried fish or slices of pork meat. I will not include pinangat which my town is famous for. I would like to highlight others, not too famous, but equally delightful.

This is authentic Bicol laing: sun-dried taro leaves with pork and shrimp paste, cooked in thick coconut milk. The best is with chillies. 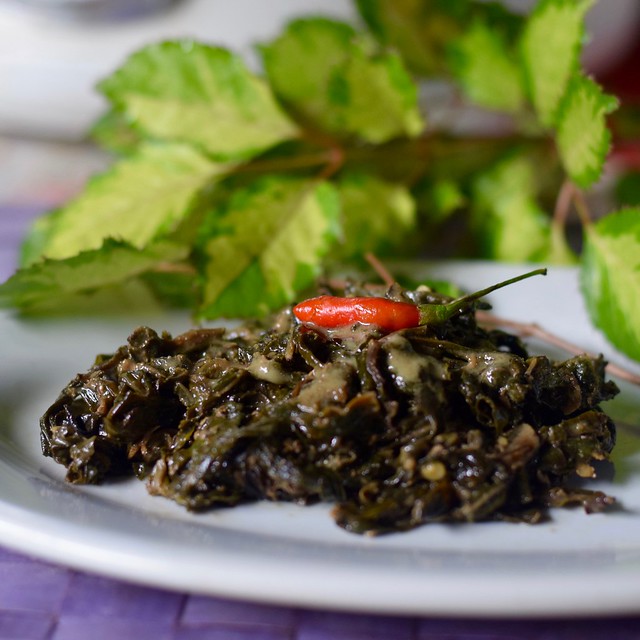 Only in Bicol: Lubi-lubi (Ficus pseudopalma) cooked in thick coco cream and pork bits. The plant is sometimes used as an ornamental, so many do not know that the young leaves are edible and a concoction is good for diabetes. The plant is sometimes called niyog-niyogan (like a coconut), and one can plant it using the fruits. Though it looks like a palm (as suggested by its local name), it belongs to the fig family. The Philippine’s Dept of Science and Technology said that the plant is “one of the most promising endemic edibles in the country.” In other countries, they call the lubi-lubi, the Philippine fig. 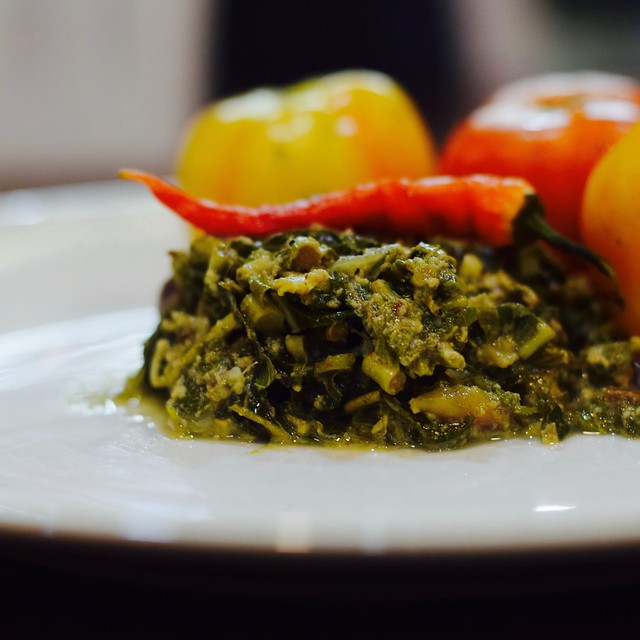 c. Beans and malunggay in coconut milk, with a little fire. 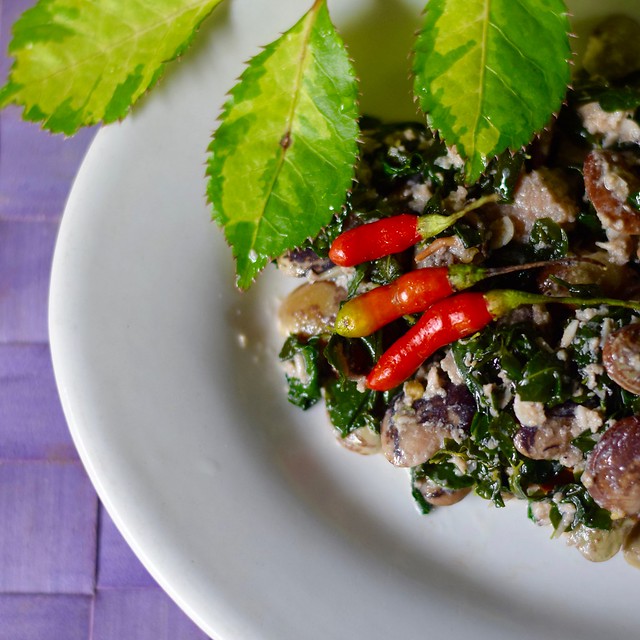 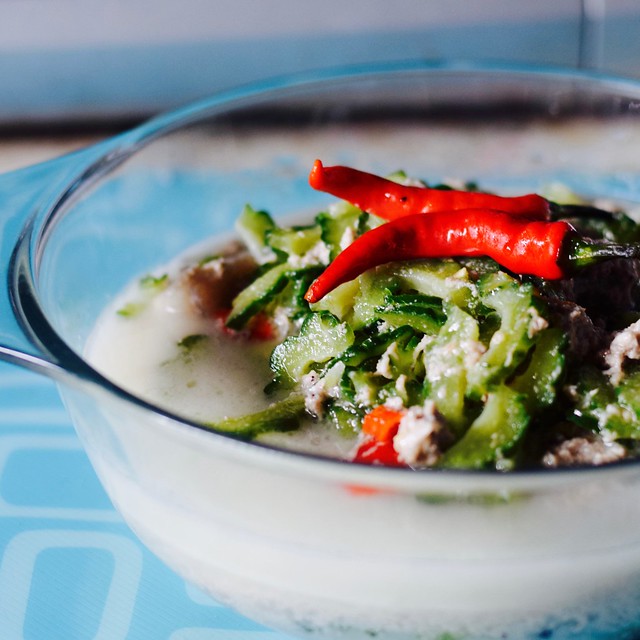 I heard there are more to see now in Camalig than just Hoyop-hoyopan cave. But that would be for another article.

Thank you for journeying with me. Don’t be “Out of Touch” (Daryl Hall and John Oats, #6).

6 thoughts on “Discover Camalig: a 16th c. town, a lake, and food as fiery as its volcano.”