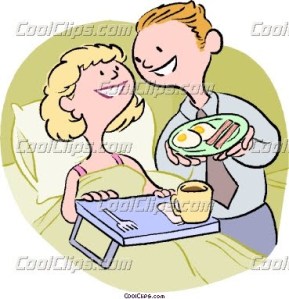 Codes of conduct for the household is found in many books in the New Testament, especially 1 Peter. They were adapted by New Testament authors from Greco-Roman popular philosophy as a moral instruction for Christians. And thus, the passage has two dimensions: the household codes and the Christian qualifiers that were added to it. In other words, the codes where Christianized.

The Greco-Roman code especially here in Ephesians treats relations between husbands and wives, children and parents, and slaves and masters as relationships of subordinates to superiors.

However, in this passage, Christian motivation to follow these imperatives are introduced and thus the whole code has been tweaked. The code still show the Christian household as a hierarchical social unit. So it will look like this:

Wives should be subordinate to their husbands …. as to the Lord.
For the husband is head of his wife … just as Christ is head of the Church, He Himself the savior of the Body.
So wives should be subordinate to their husband in everything … Just as the Church is subordinate to Christ.
Husbands, love your wife …. even as Christ loved the Church and handed himself over for her to sanctify her.
So also husbands should love their wives as their own bodies. He who loves his wife, loves himself. For no one hates his own flesh but rather nourishes and cherishes it… even as Christ does the Church, because we are members of his Body.

For this reason, a man shall leave his father and his mother, and be joined to his wife, and the two shall become one flesh.

If one looks closely at the Greco-Roman code, the hierarchical structure is based on power, authority and social status. And thus the code can justify abuse. And it is, in fact, often interpreted this way until today. (Thus the reason why I have to explain this.)

However, if one analyzes the qualifying phrases (italicized), the foundation of the code is not anymore power but selfless love. With Jesus and His love as a model, the hierarchical structure is reversed.

First, the head becomes the servant of all; as Jesus, the Head, serves and sacrifices His life for the members of the Church. The wife who should be ‘subordinate’ to her husband, becomes obedient only when it is of the Lord: thus when it is good, correct and right. She is not morally obliged to obey if it is otherwise.

Second, the husband loves his wife, as Christ loves the Church. When one loves another, the beloved, the “significant other” becomes more important to us than our lives, than our bodies. Thus, the husband’s love for his wife should be greater than his love for himself. It is a selfless love like Jesus’ love for us, for the members of His church.

It is therefore important to know that the Greco-Roman code of conduct has become Christianized. And we, who read and interpret it now, should not turn a blind eye on the qualifying phrases that makes Christian married life more a bond of love and unity, a relationship of equality in dignity and honor, and a regard for our own uniqueness and distinctive roles in a relationship.

No wonder, Christianity teaches that when a man and a woman, who genuinely love each other, are joined in the Sacrament of Marriage, they truly become one.