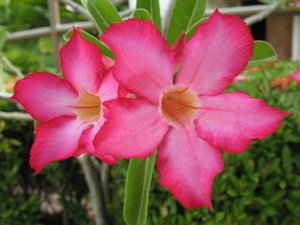 We take our reflections from the first reading. The book of Maccabees mentions Antiochus Epiphanes. He is actually known as Antiochus IV Epiphanes, who desecrated the temple by slaughtering a pig (unclean to the Jews) on the altar and forced some Jews to eat it. But when the Jews refused, their tongues were cut. Antiochus IV was regarded a villain in Jewish history; but for many historians, his atrocities was the first recorded instance of religious persecution. In the midst of persecution, the book of Maccabees mentions that there were Jews who yielded to Gentile custom, but there were those who “resolved in their hearts not to eat anything unclean; they preferred to die rather than to be defiled…or to profane the holy covenant.”

Fr. Catalino Arevalo SJ, a prominent Filipino theologian, once said at table: “In the midst of terrible persecution, God sends people who uphold His virtues.” The Christian faith flourished in the time of the Roman persecutions. History held more martyrs who died for the faith. There were those who contributed to moral progress: Rosa Parks, Martin Luther King, Mahatma Gandhi, Archbishop Oscar Romero, and many others. Their lives became the consciences of the world.

Following our conscience naturally leads to some form of persecution. Conscience guides us to do what is right. A friend invites you to his birthday party, but you resolved to study for the next day’s exams. Your conscience helped you to fore go the party. But you feel guilty, because it was your friend’s birthday celebration. Your guilt worsens when your friend despises you. Your decision to study was right; but you felt at fault.

It is not surprising that many of us would rather yield to conformity; than suffer rejection. Conscience is about us loving another; while the superego is about us being loved by others. On one hand, we consider the consequences of our actions on ourselves when we do not heed the voice of conscience, and choose the superego instead. On the other hand, when we follow our conscience, it brings us to seek people who are rejected by society, or who are at the periphery of our lives. Rosa Parks and Martin Luther King actions led them to fight for the black freedom movement: their conscience led them to love those rejected by the whites. Gandhi came into trouble both from the British and from those who espoused violent movements for social change. Following our conscience gives life, enables and empowers people. Our psalm today, Psalm 119, is right: life is given to those who follow the Lord’s commands.

In school, there are people who are constantly bullied and rejected. They are not popular; they have some eccentricities; they may be geeks as American movies depict. If we are to stand firm in our faith, then we are challenged to befriend them, bringing and accepting them back to society. The Gospel gives us that story: the blind man of Jericho found himself outside of society. Any physical illness was attributed to one’s personal sin, and therefore regarded as God’s punishment. By curing his eyesight, the Lord brought him back in circulation. Present day life also gives us the story: the geeks who were once bullied are now the most powerful people in the world. And many of those who ostracized them are now their employees. If the bullies have been kind enough, they would not feel embarrassed being employed by the very people they once despised.