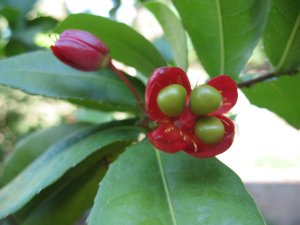 In the first reading, Paul introduces himself as the slave of Christ to a Roman Christian community he didn’t know personally. In Greek, a slave is ‘doulos’. It means two things: first, doulos commands a definitive love and loyalty from a slave to his master. Paul experiences the tremendous love of Christ for him that he offers himself totally to Jesus, like a slave to his master. Second, ‘doulos’ is used to describe the great heroes of God: Moses, Joshua, the prophets, the apostles, and will soon be used also for the saints. These great men and women find their honor in their being ‘doulos’ to God and their fellow human beings.

St. Teresa of Avila is one of the great women reformers of the Church. In 1562, she began to reform her order of Carmelites through absolute poverty and the renunciation of property which she wrote into a Constitution. She formed religious Order of the Discalced Carmelites; communities of men and women inspired by her lifestyle. St. John of the Cross was among her ‘products.’ Discalced means having no footwear; thus members of her community would wear sandals instead of shoes. (Discalceation have been practiced also in rituals by Masonic lodges who would remove a shoe during their rites.) For St. Teresa of Avila, her outward expression of poverty is her being a slave of Christ.

The times and circumstances in which the lives of both Paul and Teresa were eras of change and renewal. In Paul’s time, many people were seeking a stable faith in the time of morale degeneration during the Roman empire. Teresa’s time was the end of the reformation and the beginning of great explorations. We are no different from them. We secure what does not change: Christ himself as He would assert in the Gospels. But, we too have to realize that our time calls for change.

The Gospel gives us two important questions. Just as the Ninevites responded to Jonah’s plea for repentance, so should we ask how readily and quickly do we respond to the call of the Lord. Vatican II in 1965 called for reform in the liturgical life of the Church. Have we been quick to adjust to the new changes. Or, do we still want the old way which we are comfortable with; or adapt to the changing times? What is the quality of our response to the Lord when “he has made known his salvation? (Psalm 98)”

Second, just as the Queen of Sheba was eager to hear the wisdom of Solomon, are we eager to learn new things so as to proclaim the Gospel in the present time?