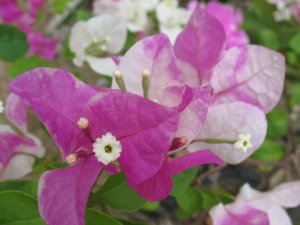 Let’s look into the prophet Jonah. God wanted him to do a job, but he refused. God did not want a ‘no’ for an answer, so he pursued him wherever he went — even the fish. When Jonah relented, he went to Nineveh to complete his task. But when Nineveh obeyed God and repented, he felt bad. Why did Jonah feel bad? If you look at the history of many prophets who were called by God, Jonah was lucky. Noah preached for 100 years, but only 8 people entered the ark; Jeremiah preached without results for 40 years; and many others got a cold shoulder. But Jonah witnessed an entire city — a ‘great, enormous city’ — repent!

Jonah preached repentance, but he expected his audience to be reject repentance. In fact, he expected Nineveh to be punished by God. However, instead of turning away from God, the people of Nineveh turned to God. Jonah expected supreme punishment; but he was disappointed that God did not castigate them.

There are people who hurt us and we wish them misfortune. And since they have been causing us harm, we expect them to experience the same pain we have undergone under them — and maybe, we wish them more terrible harm. However, we get surprised when they begin to change. We cannot believe that they are already asking us to forgive them. They are already repenting. We would rather see them in pain first, as their karma or retribution for us, before being forgiven and thus sparing them from the pain we wished for them in the first place. Bago kita patatawarin, sana magtiis ka muna para maranasan mo ang dinanas ko!

But Scriptures say that kindness is far greater than justice. God’s mercy and graciousness is celebrated in the Responsorial Psalm today. God’s mercy to the Ninevites is greater than giving them the punishment they deserved, after all they have been too proud and they forgot God.

When we pray the Our Father as in the Gospel of Luke today, we remember the Kingdom of God comes, when God’s will is done both on earth as it is in heaven. That means, when mercy is granted to the sinner on earth, then God’s kingdom is realized; when we forgive those who hurt us without seeking revenge, we help in the realization of the Kingdom of God.

And whether a person or a group of persons who have hurt us or caused us harm have repented before they received their punishment, we have to rejoice — not complain. As Jesus said: heaven rejoices over one sinner who repents than on the ninety-nine righteous people.