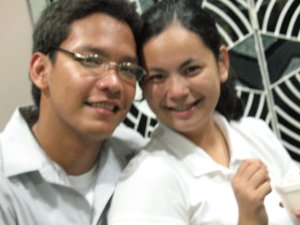 In many Protestant and Catholic weddings, the Song of Ruth is by far the most popular because it is about commitment. The Book of Ruth is an account of faithfulness and loyalty. In our short summary, we will put some attention to the meanings of their names.

It begins with the story of Naomi (“my pleasant one”), who was a Jewess who married a Moabite. During a time of famine, she moved to her husband’s homeland with her two sons. Naomi’s husband eventually dies, and her two sons married Orpah and Ruth, both Moabites. Eventually, both brothers die. And Noami, Orpah and Ruth were left alone to support one another. During this time, it was the men who supported their families; and women could not support themselves financially. Usually, the extended family supports the widow. Orpah (“back of the neck”) decides to turn her back on Noami and Ruth, to stay with her family.

But Naomi has no one to provide for her. She yearned to return to Israel and Ruth (‘friend’), faithful and loyal to her mother-in-law went with her to Israel. Ruth was young enough to marry, but she lost her chances because of her faithfulness to her mother in law. Facing destitution and poverty in Israel, Ruth met Boaz (‘strength is in him’) a rich landowner whom she married. Boaz redeems Naomi and Ruth in their poverty. They had a son, Obed (‘servant’), who was the “father of Jesse, the father of King David.” Israel’s kings were servants of Yahweh and their people.

The Israelites had a deep understanding of their responsibility to their kinsmen and the protection of the weak and the oppressed. To them, Yahweh has a great concern for the welfare of his people — materially, emotionally, and spiritually. And this love of Yahweh is what the Israelites call, hesed. Hesed is a loving kindness that goes beyond what is required. It is not a kindness that is done measure for measure. Boaz went beyond the boundaries to acquire the inherited land, and thus ensuring Naomi and Ruth their future. God too becomes a model of hesed. The end of the first reading tells us that the son of Boaz and Ruth, Obed, was not only a gift to the family, but more than a gift because he would be the ancestor of King David, who will then be the fore-father of Jesus.

In a society where commitments are less honored and respected; when many marriages and vows are broken; when we move from one relationship to another especially when our needs are not met; perhaps, we can look at our loyalties. Can we actually promise forever to them, through thick and thin?