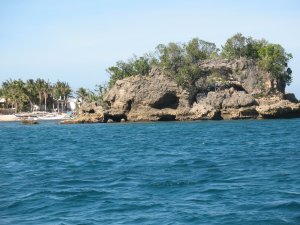 There were no office hours in the time of Jesus. People had all the time to spare to wait for people they deem it worthy of their time and attention. Such was Jesus to them. They listened to him talk and ate the food He had provided. So when Jesus’ disciples took a boat to the other side of the lake, they waited, thinking Jesus would return. When they realized that He would not, they took the boats and looked for Jesus in Capernaum at the other side of the lake. Finding Jesus, they asked him why He didn’t return. Jesus said that they were looking for Him because He could do wonderful things as feeding their hunger. He advised them not to work for food that perishes, but work for things which lasts forever. Isaiah 55 said we should work for things that satisfies. When we are hungry, we can be temporarily satisfied. What can satisfy us forever are things which are spiritual.

The ancient Romans took their meals seriously. Expensive food and a villa was obviously a way to show off wealth. One’s social standing was determined by the lavish banquets given to guests. Roasted peacocks and ostriches in exotic sauces were offered. The writer Petronius writes about his eating experiences in around 60 AD. Overindulgence was the rule rather than an exception. Dinner — cena — was the main meal. Cicero records that when Caesar came to one of his country houses to dinner in 45 BC, with his entourage entertained in three additional dining-rooms, the dictator was able to “eat and drink to excess” since he was taking emetics. Since the ancient Romans were rich, they would try exotic food. There is a reason for it: they were deeply hungry — but definitely rich! There is a deeper hunger and a dissatisfaction with life.

Many of our hungers boils down to one thing: the truth. In the Talmud, a small scroll from heaven fell on an assembly of Jewish experts. In the scroll was written only one word, AMETH, meaning, TRUTH. Ameth is taken from three letters of the Hebrew alphabet: A (Aleph), the first letter; M (Min), the middle letter and T (Tau) the last letter of the alphabet. In other words, the truth of God is the beginning, the middle and the end of life. Thus to work for the Truth in our lives is to be satisfied forever.

What are our lies and deceptions that keep us from facing the truth in our lives, and thus, distracts us from the very thing that would satisfy our hungers?